What Should You Do 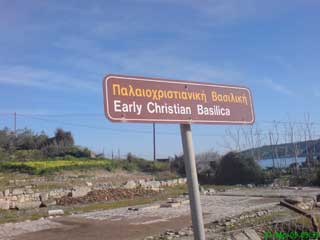 Visit the Archaeological Site of Knossos - and its famous palace, major city of the Minoan civilization 4,000 years ago.

Listen to traditional Cretan music: Lýra is the dominant folk instrument on the island; it is a three-stringed fiddle, direct descendant of the ancient Lyre, which is held vertically, resting on the thighs of the player and is played with a bow like a violin. It is often accompanied by the Cretian lute (laoúto), which is similar to both an oud and a mandolin.

Complete the walk down the Samaria Gorge from the Omalos plateau to Agia Roumeli on the Libyan Sea, at which point tourists sail to the nearby village of Hora Sfakion and catch a coach back to Hania. The walk takes between four and seven hours and can be strenuous, especially in high summer.

Avoid overcrowded and touristic places as they are ugly and don't offer any of the qualities of Crete. In general, the North coast is much more busy and touristic than the South coast.
Go walking in the mountains.

What Should You See

The ruins of the ancient Minoan civilization in Knossos, Phaistos and the Archaeological Museum of Heraklion.

The southern coast of Rethimnon. There are some beautiful beaches, many accessible only on foot. The monastery at Prevelli is of particular historical interest as the site from where Abbot Agathagelos Lagouvardos sheltered and assisted the evacuation of Allied troops during WWII. There are also several museums and an ancient Minoan cemetary.

The Lasithi Plateau. A large plateau located in the mountains where due to its altitude of a few thousands feet is cooler than the coast. Its a flat area full of irrigated fields and a road runs round the perimeter.

Here you can find the "Zeus Cave" (Ideon Andron) where according to greek Mythology the infant god Zeus was hidden as a child from his father.

The palm tree lined beach of Vai. The east coast of Crete a few kilometres from Sitea has a valley containing europes only native growing wild palm trees. This tree lined valley terminates in a fabulous sandy beach and bay and is possibly the most scenic beach on the island. To the south (right) of this over a small cliff is another large beach that due to having no road access is often completely deserted.

Zakros Gorge - south of Sitea and Vai lies the Zakros Gorge (also known as the "valley of the dead" due to the ancient neolithic tombs in the valley wall). This gorge runs several kilometres down towards the sea and ancient palace ruins of Zakros and can be walked comfortably there and back in a few hours unlike is larger cousin the Samaria gorge.

Spinalonga - a small island containing an old leper colony located near Elounda and next to the quiet village of Plaka. This island achieved fame in the novel "The Island" by Victoria Hislop and there are many boat trips running from Agios Nikolaos, Elounda and Plaka to this island.

Gramvousa - an inhabited island, reachable by boat (plenty organized excursions), you can see there a splendid old fortress and a lovely beach.

The White Mountains ('Lefka Ori'), Crete's largest mountain massif, with over 100 gorges, and peaks of over 2,500 metres

Paleochora Located on the South coast of Western Crete and is a large village. The village itself is not pretty but the beaches are beautiful and there is an abundance of restaurants, bars, hotels, and rooms Plakias is a small, quiet resort on the South coast of Crete. It has a magnificent beach and is backdropped by stunning mountainous scenery that offers good walking.

Elafonisi is a small beach on the southwestern tip of Crete. It only has two places to stay and is an excellent location to spend the day at the beach.

The Beaches West of Chania Long stretch of sandy beaches that has now made this area a huge tourist attraction. Also has many hotels, apartments, bars, and tourist shops Georgioupolis 9Km. long of sandy beaches on the Northern end of Crete. Many new hotels are being built on the island to sustain the growing tourist population Falasarna Located on the Western part of Crete, has many nice beaches and the water their was voted second cleanest water in all of Greece.

Gramvoussa Located on the westernmost peninsula of Crete. Used to be very secluded only accessible by private boat but the turquoise lagoon and white beach now has to deal with tar on rocks and frequent rubbish on the beach but it is still a beautiful site.

Sougia 1200 meter long pebble beaches located in a very small village where it is never crowded. The landscape and waters are beautiful and nuditiy on the beaches is acceptable.

What Should You Drink 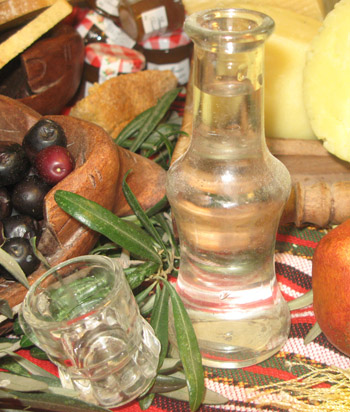 Raki is the predominant alcohol drink produced and consumed by the locals. This drink is also known as Tsipouro or Tsikoudia and is made from the left over distilled wine. Raki alcohol precentage varies a bit, usual average is 20%-45%. It has a grapey taste and is usually served with some "meze" (accompaniments) like hard cheese, olives, cucumber or cold cuts.

Raki usually is a "goodbye gift" from many restaurants, that serve it along with dessert or fruit right after you ask for the bill. Not every restaurant follows this tradition, but the trend tends to expand.

If you happen to fall within the period (August - September - October) and you are into local fiestas, try to visit a "rakokazano" which is local a tsikoudia distillery.

This could be an experience to remember. Arrange for returning to hotel beforehand. Usually "rakokazano"'s are located away from tourist vacances, deep into the mainland near vineyards. Due to the nature of the event, tsikoudia production escalates to a fiesta, where freshly produced raki is tested, between feasts of unpeeled oven potatoes w. margarine or lemon and salt, lamb meat and wine. You are not expected to be sober after visiting one of those, but usually a local has to invite you along (and drive you home afterwards).

Cretans also love to drink Ouzo which is an alchoholic drink with a milky content. During the distilling process it is made with ginger, cinamon, aromatic seeds, plants, and fruits which give it a distinct taste.

Apart from local drinks, a great variety of wines are produced locally, and can escort supper or dinner.

Most restaurants would serve varieties of local wines or even resaurant's owners own production as "barrel wine".

What Should You Eat 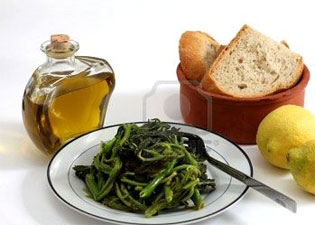 Crete is famous for its tasty and healthy cuisine. The Cretan Diet was the subject of study that revealed its great health benefits and nutritional value. Studies have actually shown that Cretan peoples' diets are so nutricious that it has prevented the population from having heart attacks and some cancers which are caused by unhealthy eating habits.

A good tip is to join any of the hundreds of traditional fiestas in villages which offer great food, wine and live folk music.

Cheese
Unlike in most regions in Greece, Feta is not produced and is not very popular in Crete. However you will find a very good variety of delicious locally produced Cretan cheeses, such as:

Graviera: The standard hard cheese; there are many types and tastes. Taste before buying, as early cheese (cut before mature) will have a spicy taste, when a mature one will be salty and milk-sweet.
Myzitra: A fresh cheese made of ewe's milk. It is sometimes made of goat's milk (in which case it is called "katsikisia") or mixed milk. A good goat's one will taste like these expensive French "chèvre frais".

Anthotiros: from the words "anthos" (flower) and "tiros" (cheese) it is a very mild, soft spring cheese made when the sheep pastures are still full of flowers. The closest popular cheese is the Italian mozzarella, although it is quite different.

Soups:
Kotosoupa A chicken based soup with a lemon sauce Fakkes Tomato soup in a lintel base Fasolatha A hearty been soup in a tomato base Nisiotiki A hearty seafood soup

Restaurants
The Cretans themselves eat out late, after 10 or 11 PM, and often in a group. They prefer dinner in a good taverna, a small local restaurant offering the local cuisine. Most dishes are fresh from that day. The menu is only for tourists, Cretans ask the waiter for specialties, and have a look in the kitchen or in a 'vitrine', glass display case. Dinner is usually outside.

Fresh fish becomes more and more rare, and is expensive, priced by its weight. Restaurants and tavernas by law have to display if the fish that they offer is fresh or frozen. Thus, always ask your waiter to show you the fish and weight it in front of you before you order.